The Forex market has many abbreviations and acronyms that might seem intimidating to beginners.

Here’s a list of the most common abbreviations and acronyms you may stumble upon while trading or reading online analyses. These range from macro-fundamentals and central banks to currencies and technical terms.

Don’t worry though if you don’t remember them all at once. Take your time and read through the following article a couple of times.

FX – The term Forex is an abbreviation of the foreign exchange market – the world’s largest financial market and the marketplace of currencies. Some sources abbreviate Forex even shorter as “FX”.

OTC – OTC stands for “over-the-counter.” The Forex market is an OTC market, as there are no centralised exchanges at which currencies are traded. Instead, currencies are directed directly between two parties, usually with the intermediation of a financial institution such as a bank or broker. The stock market, on the other hand, is not an OTC market as stocks are traded on a stock exchange.

For example:
There are certain stocks that can also be traded over-the-counter

ECN/STP – In general, Forex brokers can be grouped into dealing desk (DD) and no-dealing desk (NDD) brokers. NDD brokers are further divided into ECN brokers, STP brokers or a combination of the two. ECN stands for “Electronic Communication Network”, while STP means “Straight Through Processing”. Both models have liquidity providers and simply forward their clients’ orders to other participants in the market, who act as counterparts.

GDP – The Gross Domestic Product, or GDP, is the broadest market indicator available for a country. The GDP measures the total value of a country’s output, including goods and services, over a specific period of time (usually one year.) A rising GDP can lead to interest rate hikes by a central bank, which in turn pushes the country’s currency higher.

Read: Top 5 Economic Indicators of the Forex Market You Must Know

CPI – The CPI report (Consumer Price Index) is a very important market indicator in Forex. It represents the inflation rate in a country that most major central banks follow when adjusting their monetary policy. The CPI shows the increase in prices of goods and services over a specific period of time.

Core CPI – The Core CPI report is quite similar to the CPI report, only that it excludes the volatile categories of food and energy in its calculation.

PPI – This stands for Producer Price Index. While CPI measures the change in retail prices, PPI reflects changes in prices of intermediary goods in the manufacturing process. Since producers often try to “push” any increased costs in the manufacturing production to the end consumer, traders sometimes try to anticipate the CPI number by following PPI reports.

NFP – Besides inflation reports, labour market statistics also have a large market-moving effect. NFP stands for “Non-Farm Payrolls” and is reported together with the average hourly earnings and the unemployment rate on the first Friday each month. This is a US report.

CoT – Each Friday, the CFTC (US Commodity Futures Trading Commission) reports the CoT (Commitment of Traders) report. This report shows the changes in open positions of futures traders, including commercials, small speculators and large speculators. Traders follow the CoT report to identify extreme levels of long or short positions in a currency, which may signal a trend reversal.

BoE – Bank of England, the country’s central bank and one of the oldest banks in the world, founded in 1694.

ECB – European Central Bank. The central bank of the eurozone and the body responsible for monetary policy in the euro area.

S/R – If you’ve ever read an online Forex market analysis, chances are that you’ve stumbled upon the term “S/R”. This is short for “Support/Resistance”, a major concept of technical analysis. Support levels represent price-levels below the current market price at which bears could have difficulties to break below. Similarly, resistance levels represent price-levels at which bulls may have difficulties to break above.

Support and resistance levels usually form near the prices of previous highs and lows. Markets consist mostly of human traders who have memories of prices at which the market has reversed and this memory is what creates S/R levels.

TP/SL – The abbreviations TP and SL stand for Take Profit and Stop Loss, respectively. When you enter a market order, you can specify at which price-level to close your trade if it is in profit – this is the TP level. Similarly, you can set a Stop Loss level at which your order will be closed in loss to prevent larger losses. TP and SL levels are simple market orders – those levels sell your buy position and cover your short position when triggered.

MA – Have you ever heard of Moving Averages? I bet you have. MA is short for “Moving Average” – a technical indicator that averages the prices over a pre-specified period of time and plots the result on your chart in the form of a line.

Moving averages are used as a representation of fair value, which means that the market tends to return to its average price over time. Prices above the average of recent prices are considered overbought, while prices below the average of recent prices are considered oversold. Moving averages can also act as dynamic S/R levels, with popular choices being the 100-day MA and the 200-day MA.

MACD – MACD is a popular technical indicator and stands for “Moving Average Convergence Divergence.” This indicator is one of the best indicators a trader can use, as it can be interpreted both as a trend-following indicator and an oscillator. The MACD consists of three moving averages – a fast MA, a slow MA and a signal line.

HH/HL – When analysing trends, you’ll necessarily have to deal with HHs (Higher Highs) and HLs (Higher Lows). HHs and HLs form during uptrends when the price pushes above the recent high, creating a new Higher High. Price-corrections push the price lower again and create Higher Lows during uptrends, forming the characteristic zig-zag pattern that you can notice on your price-chart.

LL/LH – LLs (Lower Lows) and LHs (Lower Highs) form during downtrends. When the price pushes below the recent low it forms a fresh Lower Low, while the consecutive price-correction pushes the price higher again to create a Lower High. Notice that if the price rises above the recent high, it forms a Higher High instead of a Lower High. This signals that a trend reversal might be ahead.

Greenback – The US dollar is the most heavily traded currency in the Forex market and is included in around 80% of all market transactions as either the base currency or the counter currency. The US dollar is also known by the slang term “greenback”, which refers to the colour of US paper dollars. Traders who trade the US dollar often follow the USDx (US Dollar Index), which shows the value of the US dollar against a basket of other major currencies.

Sterling – The British pound or GBP is often called sterling because the original pound weighed one troy ounce of sterling silver and was originally divided by 240 sterling pence.

Cable – Another popular acronym in the Forex market is “cable”, which refers to the GBP/USD currency pair. This term originates from the 19th century when a long cable between the UK and the USA ran across the Atlantic Ocean to transmit the GBP/USD exchange rate.

Aussie – The Australian dollar is often called the Aussie – a slang term for the currency, Australians and less commonly, Australia.

Kiwi – New Zealand is home to many native animal species, such as the Kiwi – a flightless bird that has borrowed its name to the country’s currency. Kiwi is slang for the New Zealand dollar. 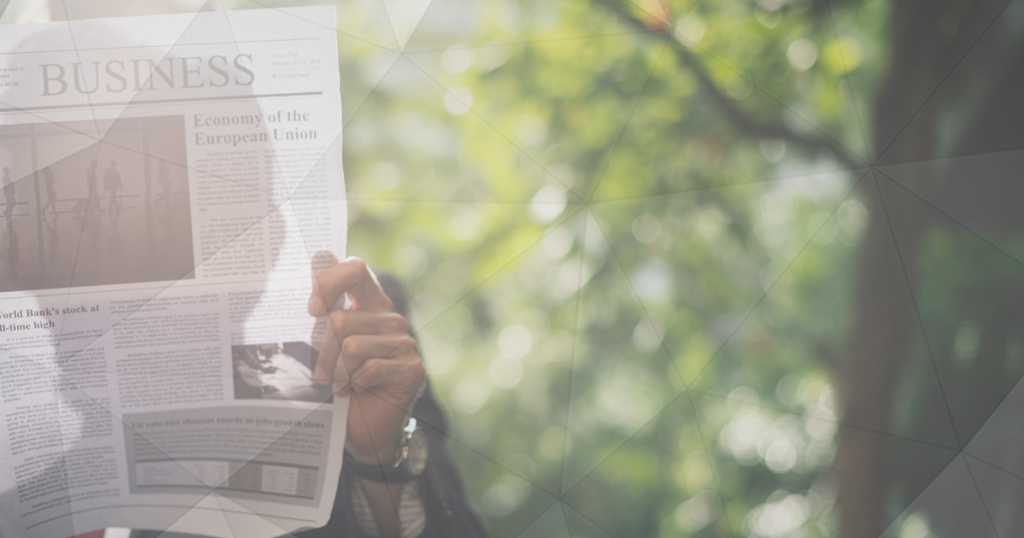 News reports often have a tremendous impact on financial markets. The currency market is no exception. Unexpected news reports that miss market forecasts can send… 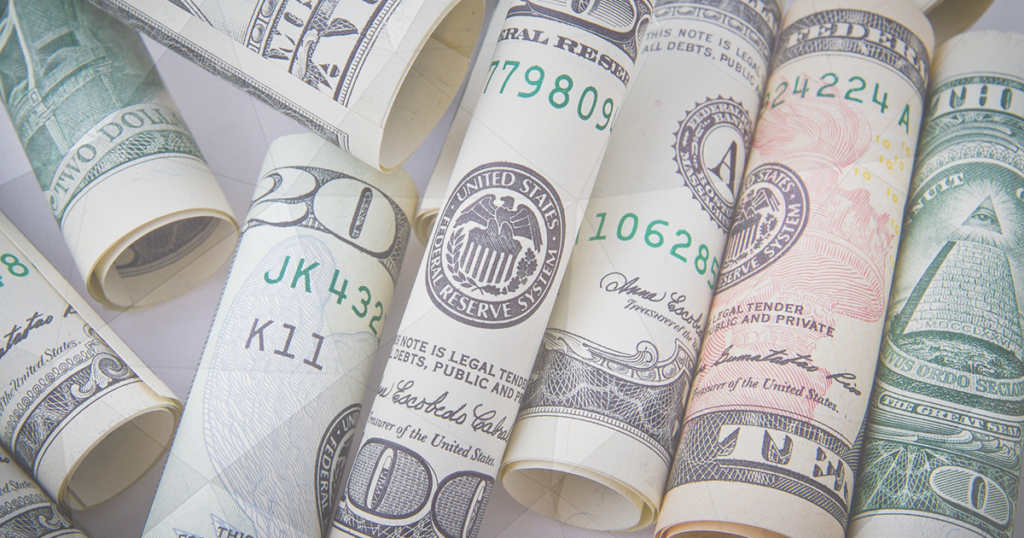 Like it or not, Forex brokers are an integral part of any trader’s life. That’s why it’s important to understand how they operate, how they…

Traders should be constantly looking for signs of whether and how current economic conditions change. Those signs are usually provided by economic indicators which are…

Brokers and traders – two completely different types of market participants, yet one cannot exist without the other. Let’s take a closer look at the…