HOW DOES FOREX WORK?
HISTORY OF FOREX MARKET

The Forex markets are some of the biggest and most liquid in the world, with a total daily average trading volume of USD 5.1 trillion in April 2016, according to the Bank For International Settlements (BIS).

When you stop and think of all the companies, governments, banks and individuals that need foreign currency you start to understand the scale of it.

The market most of these participants come together and exchange currencies in is called the spot Forex market. The standard for delivery of the currencies – into the respective parties accounts – is 2 days after the transaction.

Spot Forex is an over the counter (OTC) market. This means there is no one central exchange, like in stock trading, that you must run all the trades through. Trades are simply agreed between the two parties transacting. For retail traders, this is your broker – when you buy a currency, the broker sells it to you.

This means spot Forex is traded from the world’s financial centres. In terms of where the trading actually takes place, most trading activity is concentrated within 5 centres:

These sale desks intermediated 77% of all currency trading in April 2016, according to BIS statistics.

The chart below is from the Triennial Central Bank Survey of the BIS, which represents the daily averages in April 2016 of the Forex Exchange market turnover by currency pairs between 2013 and 2016, net-net basis, in per cent.

Let’s look at the top three in a bit more detail.

Featuring in nearly 88% of all currency transactions, there are several reasons why the American Dollar is by far the most traded currency in the world.

Going back in history, as part of the new world order after the end of the Second World War, the USD became the world’s reserve currency with the Bretton Woods Agreement in 1944, when all foreign currencies were pegged to it.

At that time, the USD was the only currency convertible in Gold, which makes it the standard unit of currency in the international commodity market today, especially with Gold and Oil – when you see the prices of these they are always quoted in USD for this reason.

It’s a trustworthy, stable, and reliable currency, which makes it the most used in international transactions. The American Dollar is widely accepted throughout the world as a medium of exchange, and a means of payment, in many countries.

Did you know
As an example of the American Dollar’s supremacy, a few nations besides the U.S. use the U.S. Dollar as their official currency, such as El Salvador, Panama and Ecuador. This is a process called dollarization.

The Euro is the 2nd most traded currency, and the 2nd largest reserve currency.

While it was introduced on January 1st, 1999 to 11 countries, it is now the official currency of 19 countries within the European Union, consisting of Austria, Belgium, Cyprus, Estonia, Finland, France, Germany, Greece, Ireland, Italy, Latvia, Lithuania, Luxembourg, Malta, the Netherlands, Portugal, Slovakia, Slovenia, and Spain. Collectively this group is referred to as the Eurozone. 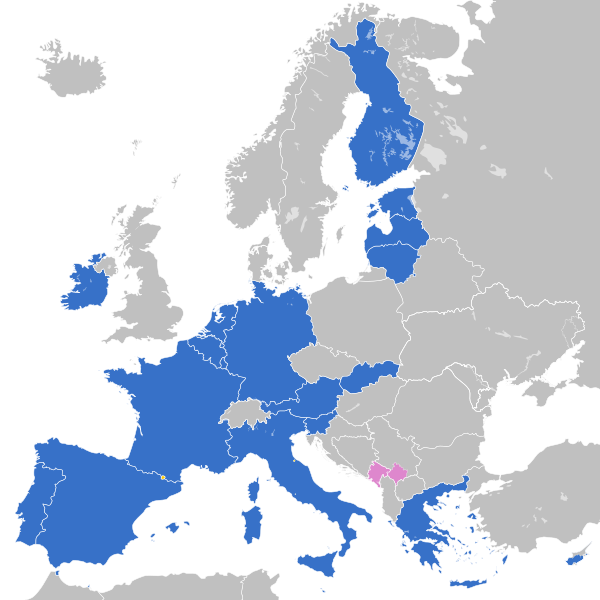 Not all EU member states have the Euro as their main currency, but over 337 million EU citizens now use Euro coins and notes.

In addition, more than 20 countries outside the Eurozone have pegged their currencies to the Euro in order to stabilise their exchange rates, such as Bulgaria, Bosnia, and about 15 African countries.

The Yen, the official currency of Japan, is the 3rd most traded currency.

It’s also the most liquid currency in Asia, and the 4th most important reserve currency in the world (after the U.S. Dollar, the Euro, and the Pound Sterling), especially for Asian countries.

Even though the country has very high debt levels and no longer has a high growth economy, Japan seems to provide more stability than the majority of the other world economies.

For this reason, traders are confident in its economy, and the Yen is seen as a safe haven in times of high volatility and uncertainty.

The Yen carry trade is among the most well known and popular currency carry trade strategies among traders – this is where traders will borrow Yen because of the low-interest rate in order to buy currencies with higher interest rates, making profits on the difference.

The US Dollar, Euro, Yen and the other popular currencies combine as pairs to make the Majors, as described earlier in the guide. The most traded currency pairs between April 2013 and April 2016 were the EUR/USD, representing 23% of all transactions, followed by the USD/JPY, and the GBP/USD, which represented 17.7%, and 9.2% of the transactions respectively.

Growth of the Dragon
In April 2016, the Chinese Renminbi (RMB) became the 8th most traded currency, and overtook the Mexican Peso as the most traded emerging market currency. There is little doubt the RMB, if eventually allowed to freely trade, will become part of the Majors.

So, which currency pairs are worth trading

This all depends on the type of trader you are.

For the short term
For instance, a short-term trader will focus on the most traded currency pairs with the tightest bid/ask spread.
For the long term
On the other hand, a longer-term position trader will not necessarily look for the most liquid or volatile currency pairs.
Carry trading
Same goes for those who make currency carry trades. This method focuses on the rate differential between the 2 currencies with the aim of making profits based on said difference, as opposed to trying to get the best entry and exit points possible.

Menu
HOW DOES FOREX WORK
HISTORY OF FOREX MARKET