Hedging refers to finding a way to protect an active position against possible losses.

In trading, hedging works much like an insurance policy: It eliminates the risks associated with an open position, either entirely or partially. However, just like your car insurance, this privilege comes at a small cost.

Here, we’ll explain everything you need to know about hedging in the forex market, whether you want to hedge the entire risk of a position or just a part of it.

What is Hedging in Forex?

In the forex market, hedging refers to strategies used to protect an open position from negative price movements. Hedging is often used in short-term strategies and in times when a trader is worried about market news or events that could trigger enormous volatility in the markets.

There are two main strategies to hedge a position in the forex market: A trader could open an opposite position of the position he wants to hedge, or he could buy currency options.

Forex traders who want to hedge an existing open position can simply open an opposite position in the same currency pair. For example, a trader who is long the USD/JPY pair could hedge the trade by opening a short position on the same pair.

Perfect hedges are common in the forex market

Nevertheless, perfect hedges are common in the forex market. Imagine a trader who holds a long-term position over a period of several months. During that time, the market will likely go against the trader multiple times as the market enters correction phases, consolidations, or as the result of unexpected news and events.

Instead, during those market events, the trader could create a perfect hedge by opening an opposite position in the same currency pair.

This way, the trader could eliminate most of the negative price movements and short-term losses during his holding period.

However, the net effects of closing a trade entirely or hedging it with a contrary position are essentially the same.

Unlike in a perfect hedge, currency options are used to partly eliminate risks associated with a position.

How to Use Options to Hedge Forex?

Options are derivative contracts that give the buyer the right, but not the obligation, to execute the option at the pre-specified price (strike price) on, or before, the expiration date.

When hedging downside risks with currency options, a trader could buy a put option that gives him the right, but not the obligation, to sell the underlying currency pair at the strike price on, or before the expiration date. For this convenience, the trader only needs to pay a small option premium.

For example: A trader is long the GBP/USD pair at 1.3080 and wants to hold the trade for several weeks. However, he is concerned that an upcoming Bank of England meeting could send the British pound temporary lower and decides to hedge part of that downside risk by purchasing a put option with a strike price of 1.3050 and an expiration date immediately after the central bank meeting.

If the Bank of England meeting sends the GBP/USD higher, the trader would increase his profits and let the put options expire, incurring a loss equal to the option premium.

However, if the meeting proves to be bearish for the pound and pushes the GBP/USD pair below 1.3050, the trader would be able to exercise his put option and sell the pair at 1.3050, locking in profits equal to the difference between the strike price and the current market exchange rate.

Notice that the only risk the trader is taking here is the difference between his initial entry price (1.3080) and the option’s strike price (1.3050), plus the option premium.

Options can be used to hedge both long and short positions. A trader who wants to hedge the upside risk of a short position could do so by purchasing a call option. Call options give the buyer the right, but not the obligation, to buy the underlying asset the pre-specified price (strike price) on, or before, the option’s expiration date.

Let’s say a trader is short AUD/USD at 0.70 with a profit target of 0.60. He wants to hold the position for a longer period of time, as he believes that the Fed is going to hike interest rates in the coming months.

To hedge the upside risk of his original position, the trader could purchase call options with a strike price slightly above his entry level (e.g. 0.71) and an expiration date in the coming month. If China’s numbers disappoint and the AUD/USD pair keeps pushing lower, he could leave the option to expire worthless, paying only the option’s premium.

However, if China’s reports keep beating market forecasts and the Australian dollar surges to 0.74 against the US dollar, the trader could exercise the option, buying the AUD/USD pair at the strike price of 0.71 and selling it at the current spot rate of 0.74, eliminating a part of the upside risk while keeping his original short position open.

Another popular approach to hedging currency exposure is to use multiple currencies and currency pairs. For example, a trader who is long EUR/USD could hedge his EUR exposure by shorting the EUR/CHF pair.

If a market event causes the euro to fall, the trader could eliminate part of the downside risk in EUR/USD with potential profits of being short EUR/CHF. However, bear in mind that using multiple currencies to hedge forex increases your exposure to other currencies, such as the CHF in this example.

In addition, being simultaneously long EUR/USD and short EUR/CHF essentially means being short USD/CHF, as long and short EUR positions eliminate each other.

Nevertheless, a trader could use different position sizes for his EUR/USD and EUR/CHF trades to partially hedge his EUR exposure.

Hedging with Correlated Currencies and Assets

Positions in the forex market can also be hedged with correlated currencies or even correlated assets.

Those currency groups tend to move in tandem with the global risk sentiment in the market, allowing traders to partially hedge parts of their open positions.

Oil-exporting countries, such as Canada, Norway, and Russia, usually see their currencies move in tandem with the oil market, allowing traders to hedge exposure in those currencies by taking an opposite position in the oil market.

Since gold is priced in US dollars in the international market, the yellow metal tends to move in the opposite direction of the US dollar. When the dollar rises, gold tends to fall, and vice-versa.

The Swiss franc is somewhat correlated with the European banking sector and stock prices of European banks, while the Australian dollar shows many connections with the prices of iron ore, copper, and stocks of large Australian mining companies. Savvy traders can take advantage of those correlations and hedge their currency exposure respectively.

Forex traders can also hedge their currency exposure with correlated currencies or asset classes, such as energy products, stocks, and metals.

When hedging a position in the forex market, it’s important to understand that a trader doesn’t only eliminate risks, but also potential profits. That’s why hedges are usually used in the short-term to eliminate the risks of adverse price movements of upcoming market news and events. 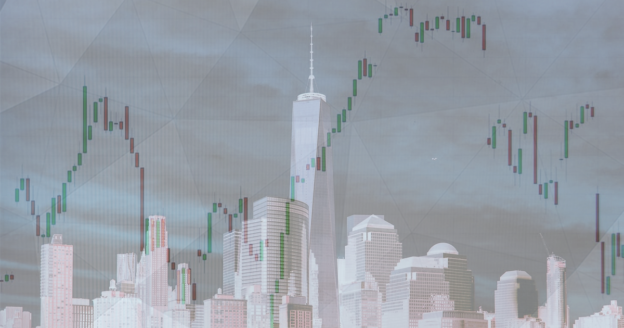 Trading is exciting, especially if we anticipate the direction of the market correctly and make a profit.  But, what if we could increase our bottom… 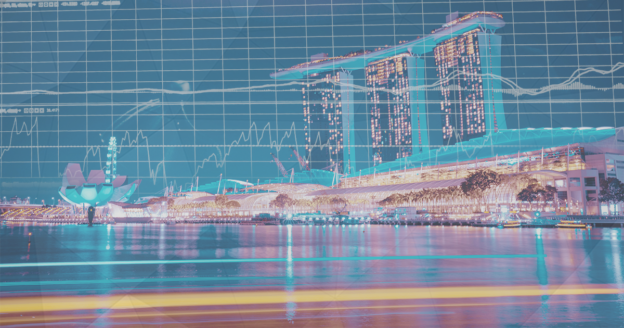 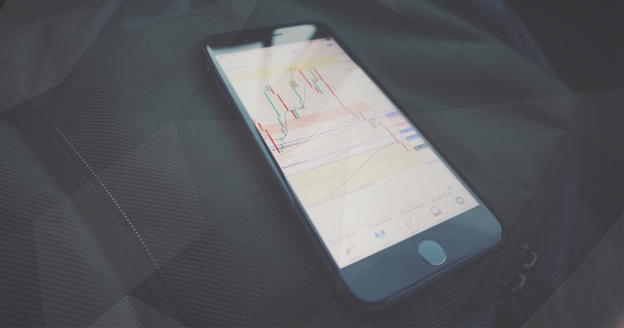 Different business or economic environments often have a different impact on financial markets.  Knowing the current stage of a market cycle can not only provide… 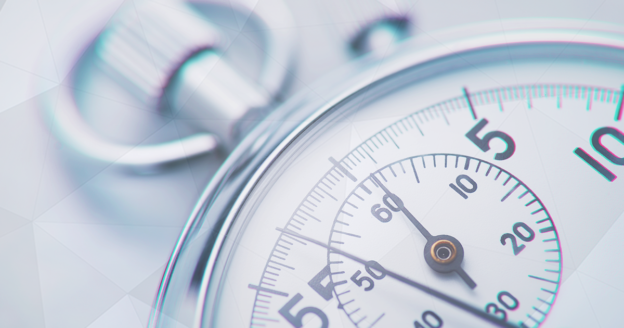 So, you want to become a better trader? Here’s our list of the most effective trading tips that can immediately impact your bottom line. Whether… 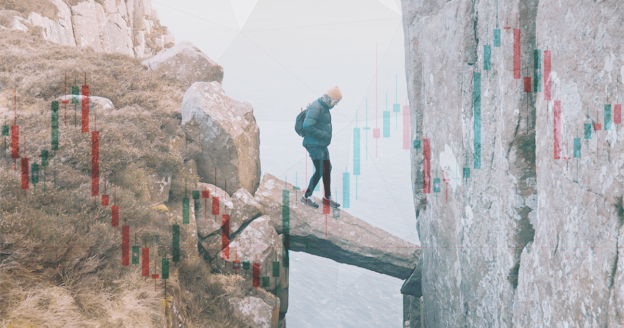 Day trading is one of the most attractive trading styles out there, allowing traders to open and close trades during the same trading day, track…

MEMBERS ONLY
The My Trading Skills Community is a social network, charting package and information hub for traders. Access to the Community is free for active students taking a paid for course or via a monthly subscription for those that are not.

Login
Buy community
Close
DISCLAIMER: Any discussions held, views and opinions expressed and materials provided during My Trading Skills Community sessions are the views, opinions and materials of our members and presenters alone. Any person acting on this information does so entirely at their own risk. Any research is provided for general information purposes and does not have regard to the specific investment objectives, financial situation and needs of any specific person who may receive it. Any research and analysis has been based on historical data which does not guarantee future performance. Shared and discussed trading strategies do not guarantee any return and My Trading Skills shall not be held responsible for any loss that you may incur, either directly or indirectly, arising from any investment based on any information contained herein. Trading on leveraged products may carry a high level of risk to your capital as prices may move rapidly against you. Losses can exceed your deposits and you may be required to make further payments. These products may not be suitable for all clients therefore ensure you understand the risks and seek independent advice. Historical data does not guarantee future performance.