There are two ways traders use pivot points. First, pivot points are used to assess the broad sentiment of a period. If the price is above the pivot line then it suggests bullish bias and strength. If below then bearish bias and weakness.

However, the main use is as a leading indicator to establish potential areas of support and resistance in the coming period.

In this chart of EUR/USD we can see the pivot level and the combinations of the S and R levels provide significant support and resistance at various stages. It is not enough to justify a trade by itself but it certainly alerts us to the changes in participant psychology that might be going on. 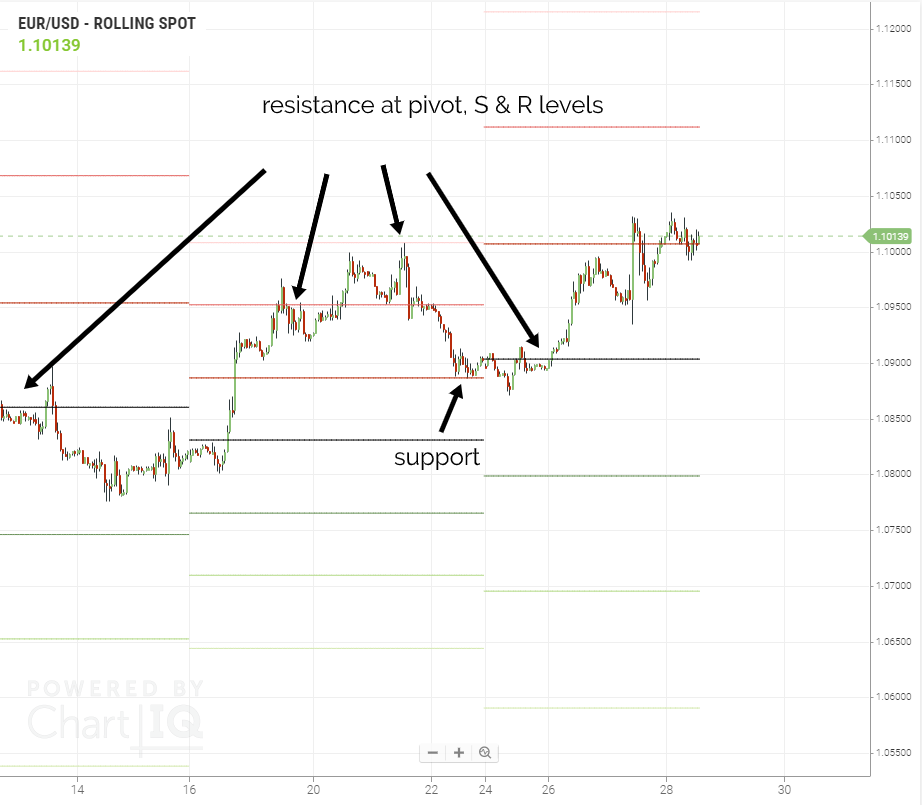 The way we think pivot points should be used is as a support and resistance tool, to add towards the evidence you’re building for a trade, but not by itself, independent of any other analysis.
Key Learning Points