While Bitcoin made headlines when its price sky-rocketed in late 2017, the cryptocurrency remained a popular trading instrument among traders who want to take advantage of the crypto-hype.

However, before getting your feet wet with trading Bitcoin or other cryptocurrencies, it would be smart to get your acquainted with the most important advantages and disadvantages of trading those relatively new instruments.

Just like other financial instruments, cryptocurrencies carry certain risks that you need to know about before you start risking your money.

Bitcoin and other cryptocurrencies use a network of computers to record and validate each and every transaction in a public ledger. The blockchain technology forms the backbone of all cryptocurrencies, with some analysts and corporations arguing that blockchain will be the future of the world.

While we’re not there yet, we have to admit that blockchain, the underlying technology behind cryptocurrencies, has remarkable potential. All transactions made with Bitcoin can be tracked on the blockchain network, and each computer on the network holds a copy of all transactions ever made.

However, while the wallet addresses and all transactions are visible on the network, there’s no way to link the address of a wallet to a person or entity. This makes the blockchain technology not only the most transparent financial network in the world but also the most anonymous one.

Bitcoin transactions are generally much cheaper than traditional bank payments, especially for high-value transactions. In addition, they’re much faster as well. This advantage is one of the main reasons why more and more people could turn to Bitcoin, which in turn will push its price even higher.

However, not only companies and investors benefit from low transaction fees. The same applies to short-term traders by using brokers that offer CFDs on Bitcoin and other cryptocurrencies. CFDs are derivative contracts that track the price of the underlying instrument, in this case, the price of Bitcoin.

Traders who trade with Bitcoin CFDs enjoy very low trading costs, which represent the difference between the buy and sell (bid and ask) prices of the CFD.

Another advantage of trading CFDs on Bitcoin is access to high leverage. Bear in mind that this applies to trading on movements in the price of Bitcoin and not investing in the actual cryptocurrency through crypto-exchanges. CFDs only track the price of the underlying security, such as Bitcoin, and traders who trade on CFDs don’t actually own the underlying instrument. However, this comes with certain advantages such as access to high leverage and the possibility to short-sell the underlying instrument.

Traders who trade on Bitcoin CFDs can profit from both bullish and bearish markets! When their analysis shows that the price could rise, traders buy, and when it shows that the price could fall, traders short-sell. Returning to leverage – leverage allows traders to open much larger position sizes than their trading account. A leverage ratio of 100:1, for example, means that a trader can open a position size that is 100 times larger than their trading account!

Still, bear in mind that trading on leverage also carries certain risks. Leverage is a double-edged sword – it magnifies both your profits and your losses. However, if used wisely, it can have a significant impact on a trader’s bottom line, which is why we listed it as an advantage of trading CFDs on Bitcoin.

However, this means that technical analysis returns great results in Bitcoin trading since most market participants have to rely on technical levels to predict the future price. Support and resistance levels, channels, Fib levels, chart patterns, and trend analysis are great tools to trade on Bitcoin.

Just like in other asset types, Bitcoin traders use one of four main trading styles: scalping, day trading, swing trading, and position trading.

What are Key Chart Levels? (And How to Trade Them)

These are Some Seriously Good Forex Strategies

The Potential of Blockchain is Enormous

While Bitcoin’s rising popularity gave the world insight into blockchain – Bitcoin’s underlying technology – the blockchain is much more than that. In fact, cryptocurrencies are just one example of blockchain application, in this case to store value and make payments. However, blockchain’s advantages are numerous and some argue that we’re just at the beginning of a blockchain revolution. All blockchain transactions are verified on the blockchain network without the need of third parties, and the data on the network cannot be altered or deleted.

The network is also totally decentralized, depending on thousands or millions of computers that process and verify all changes in the network. Some blockchain technologies allow the creation of smart contracts with pre-set conditions. For example, those smart contracts can be used to trigger automatic payments only when the pre-set conditions are met. The potential of blockchain has been praised by many large tech companies.

Cryptocurrencies can be very volatile at times. While volatility is important for traders as it creates profitable trading opportunities, extremely large volatility can also increase trading risks. When combined with leverage, high volatility can be especially dangerous. Traders need to have strict risk management rules to control their losses when trading Bitcoin.

A popular technique to control losses and manage risks in volatile markets is to risk only a small percentage of your trading account on any single trade. As a rule of thumb, don’t risk more than 2% on a trade, which allows you to stay in the game even in the case of a series of losing trades.

The higher the Bitcoin volatility, the higher the ATR reading. The ATR indicator is also a popular tool for identifying entry and exit levels, so make sure to add it to your Bitcoin trading plan.

Bitcoin was initially released in January 2009, which means that historical price-data available to traders is quite short compared with traditional currencies. In fact, using price-data before 2017 doesn’t make much sense when trading Bitcoin, as that year marks the start of the amazing rise in the cryptocurrency’s value.

For technical analysis to work and for important technical levels to hold, a market has to have a large number of active traders who’re willing to act and defend those levels.

Read: The History of the Forex Market

Bitcoin forks refer to changes in the protocol in the cryptocurrency’s network. For Bitcoin traders, this implies certain risks as forks change the validity of rules. Hard forks, on the other hand, create an entirely new cryptocurrency in order to increase stability, speed, and add other benefits to Bitcoin.

The first hard fork happened in August 2017, creating Bitcoin Cash. After the fork, Bitcoin owners received one Bitcoin Cash for each Bitcoin they owned. Other hard forks include Bitcoin Gold (October 2017), and Bitcoin SV (November 2018.)

The uncertainty about future hard forks is an important disadvantage of trading Bitcoin, as it can undermine investor confidence in the crypto-market.

With Bitcoin’s rise in popularity, it’s no wonder that countries and governments want to control how the cryptocurrency is used. Since Bitcoin transactions are anonymous (there is no way to track the sender and recipient of funds, only their wallet addresses), the cryptocurrency is often used for purchases of illegal goods and services.

The legal status of Bitcoin differs from country to country. Some countries allow the usage and trade of Bitcoin, while others have completely banned it. It’s completely legal to use Bitcoin in most developed countries, including the USA, Canada, UK, Western Europe, Australia, and Japan, but also in Turkey, South Africa, and most of South America.

China and India have some legal restrictions on the usage of Bitcoin, while in some countries the cryptocurrency is completely prohibited.

Trading on the price of Bitcoin has both its advantages and disadvantages. Bitcoin trading carries relatively low fees and many CFD brokers have added Bitcoin CFD to their range of tradeable instruments. CFDs track the price of the underlying security (in this case, Bitcoin), which means that traders who trade Bitcoin CFDs don’t actually own the cryptocurrency. This, however, gives traders access to high leverage and the ability to short-sell, i.e. profit from falling prices.

Unfortunately, Bitcoin trading doesn’t come without disadvantages. Some of the most important ones are very high volatility, short historical price-data, and uncertainty about hard forks and regulation. 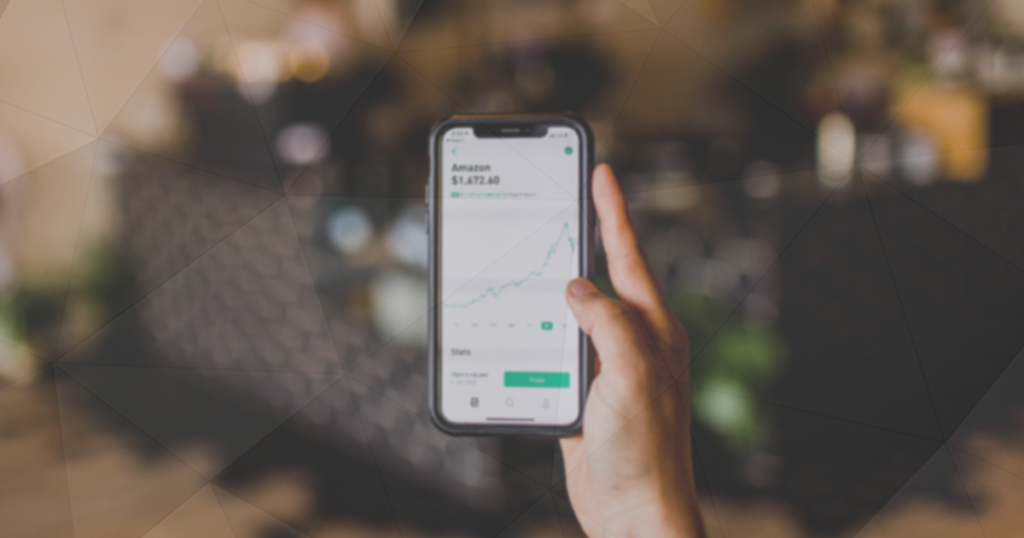 Online trading allows you to trade on financial markets from the comfort of your home. All you need to start trading is a computer with… 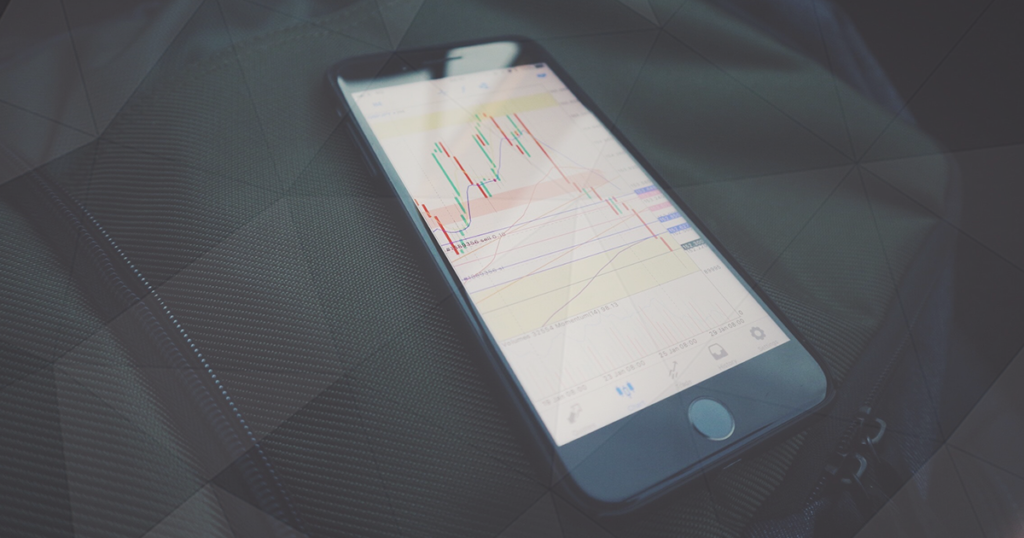 If you’ve ever heard about bitcoin, you’ve probably heard about ethereum as well. It’s one of the most used crypto-networks and currencies with the potential…

MEMBERS ONLY
The My Trading Skills Community is a social network, charting package and information hub for traders. Access to the Community is free for active students taking a paid for course or via a monthly subscription for those that are not.

Login
Buy community
Close
DISCLAIMER: Any discussions held, views and opinions expressed and materials provided during My Trading Skills Community sessions are the views, opinions and materials of our members and presenters alone. Any person acting on this information does so entirely at their own risk. Any research is provided for general information purposes and does not have regard to the specific investment objectives, financial situation and needs of any specific person who may receive it. Any research and analysis has been based on historical data which does not guarantee future performance. Shared and discussed trading strategies do not guarantee any return and My Trading Skills shall not be held responsible for any loss that you may incur, either directly or indirectly, arising from any investment based on any information contained herein. Trading on leveraged products may carry a high level of risk to your capital as prices may move rapidly against you. Losses can exceed your deposits and you may be required to make further payments. These products may not be suitable for all clients therefore ensure you understand the risks and seek independent advice. Historical data does not guarantee future performance.