Summary: The yield is the income return from an investment. This can refer to the final pay out from a bet on a trade, or the interest gained from a bond or security and is usually expressed as a percentage based on the cost of the investment, the market value or its face value.

What is a Yield?

In finance, any income return on an investment can be considered as a yield, including dividends from holding stocks or interest payments from debt securities such as bonds. Investors usually calculate and express yields on an annual basis as a percentage of the total cost of an investment, the face value of a bond or the market value of a stock.

The yield usually depends on the associated risk of the investment. Since stocks are generally riskier than bonds, stock yields can be somewhat higher when compared to bonds or other, less risky investments. Yields are not guaranteed – their value depends on the future performance of an investment.

Companies that have a stable financial standing often pay out a portion of their earnings as dividends to their stockholders. The amount of dividend paid out expressed as a percentage of the current market value of the company’s stock is referred to as the dividend yield. However, the management can decide not to distribute dividends if the company had weak quarterly sales or want to invest that money into future expansion, for example. Except in the case of certain bonds, such as T-Bills and zero coupon bonds, there is no 100% guarantee that an investment will return a yield.

Read: What is a Junk Bond?

A yield curve shows the relation between interest rates and the time to maturity and is widely watched by traders and investors around the world to make investment decisions. The yield curve is commonly plotted on a graph, such as the one below. Under normal market conditions, yield curves are usually “normal”, which means that the yield on a bond rises as maturity lengthens. This is why the 10 yr yield of a debt instrument, such as US treasuries, will usually be higher than a 2 yr yield of the same instrument. 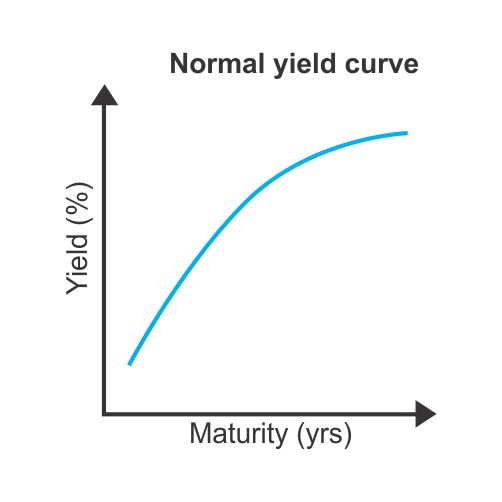 There are two common explanations for this – first, if market participants expect that the risk-free will increase in the future, investors who lock their money in now need to be compensated for the possibility of higher rates in the future. And second, longer maturities carry greater risks for investors, since there are more uncertainties about catastrophic events which may affect the performance of an investment. That’s why longer maturities carry a risk premium of a higher yield rate for investors. 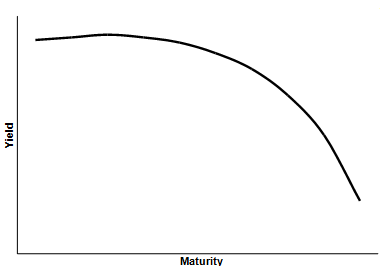 What is Yield to Maturity?

To explain the concept of yield to maturity, let’s first cover some basics of bonds. A bond can have coupons, which is the interest rate of the bond fixed at issuance. Investors also often use the term current yield, which is the bond’s interest rate expressed as a percentage of the current market price of the bond. If you sum all these values up and calculate how much you’ll receive if you hold the bond to its maturity date, you’ll get the total yield to maturity.

Yield vs Return: What’s the Difference?

Return refers to the financial gain of an investment over time and is expressed as the change in dollar value of the investment. Returns are backward-looking – they describe what an investment earned over the holding period.

Unlike returns, yields are forward-looking and typically expressed in percentage terms. Yields exclude capital gains but take into account dividends and interest which are then expressed as an annual percentage.

Anything that is owned that is expected to generate a return to the owned.

Opposite to a liability.

A guaranteed income for the rest of someones life.

The buyer is swaping cash now for future income.